It’s getting hot in here! Go get your popcorn! Lol . So this is the continuation of the previous post in case you missed it, click here to read the post.

***
Soooo,  texting  her on social  media was a bit difficult, because  I knew she was well educated  and exposed so wooing her with big words and vain language  wasnt an option. I wasnt much of a fine boy either 😪 but i had to shoot my shot😂.

She was quite  friendly as we talked… We flowed,  we had things  in common, and she expressed  herself in a lovely  manner to a fault  she was too blunt. Am sure she saw through  my facade of trying  to catch up with new friends,  she definitely  knew I was shooting my shot,  and she told me I wasnt getting  it right, right in my face😪😪
…

I called constantly, mostly in the night, so that I can sound sexy 😂.  She returns the calls not too often,  but enough  to appreciate. So i decided  to top it up a notch.

One evening  I called and told her we should see,  she was reluctant trying  to blame lack of venue. Eventually I pleaded  and she agreed. We procastinated until we met at a love quadrangle on a faithful day.

She was finer that before, she talked so nice..  We even had an interview session, I think she might admire too😁😁😅.
The crushing feeling  grew worse because…
Chineke!

The bomb came when she told me she was a final  year student (4 years course),  and me I was  jejely a 3rd year student (5yrs course) 😥 Why is this my destiny? 😭😭

My heart was shattered. She would  be graduating this year! 😞😞.

But come to think of it even if she wasn’t  graduating  yet and still a level higher  than me,  what was the possibility of us eventually having  A THING?😢
Anyway, at least I can say I had fun crushing  on her… It was worth the while. 😀

***Dont forget to drop your comments below! 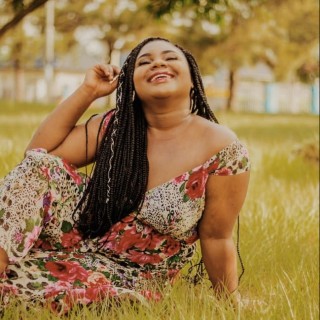